GDR was founded in Los Angeles in 1937 by a group of evangelical missionaries with the goal of spreading knowledge of the secret language of Pluto (the Roman God of the underworld) to the ‘ignorant’ and ‘underprivileged’ of this earth.  New Horizons is expected to pass Pluto in 2015 where it will attempt to eavesdrop on Pluto’s conversations with it’s moon Charon across the river Styx. Little is known about GDR or where exactly their sympathies lie.  With typical evangelical zeal they claim that the secret language of Pluto contains vital information essential for saving our planet and ensuring the survival of mankind, but their funding from sources normally associated with the Christian right draws into question the validity of their claims. 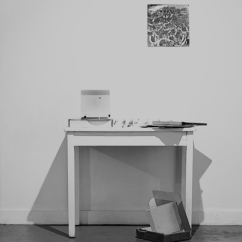 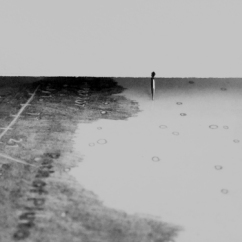 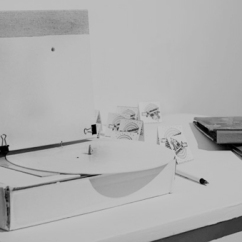 In New Horizons, to you, Helga Fassonaki presents sound and imagery in the form of an installation recently captured from the probe. 78rpm records produced by GDR for dissemination of Plutonian language to the unconverted are also presented. The records themselves are made out of whatever materials were on hand at the time. The perishable nature of this medium means that the knowledge of Pluto’s language may only be audible for a matter of seconds before it degenerates and becomes an indistinguishable part of the cosmic debris from whence it came.