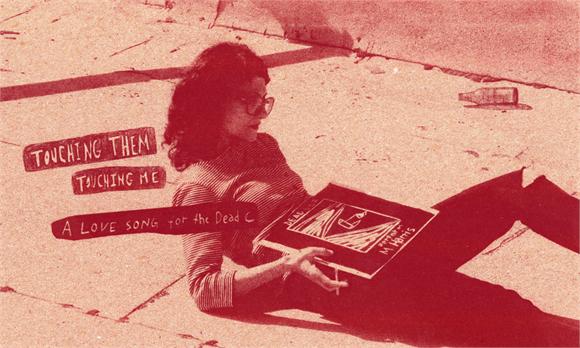 The gap between the moment of performance and the moment of listening is a black hole, one of the strongest conduits of distortion imaginable. “Between thought and expression lies a lifetime”.  The gulf between intent and perception is of unfathomable length and unfathomable depth, and it is in this chasm that we exist as consumers of culture, as collectors of cultural detritus.

For us that consume culture, the artist (the musician especially) is a purely functional device: armor to ward off workday spells, a crowbar to crack open new modes of consciousness, the long pole in the tent preventing the weight of the modern world from completely crushing us.  This is a one-way street, a deal inked by the receiver, with little if any guarantee of equal exchange at the supply end of the chain.  It is a one-way street and we’re happy to keep it that way.  Who wants to meet their heroes? Everyone – so long as the heroes conform exactly to the images we have constructed of them that is.  Perhaps that’s why most instances of fan contact are so tightly controlled: a concert, a signing – it’s for our good, not theirs.  Worst case scenario: artist is met by fan – through direct contact the curtains are pulled back to reveal their work as frail and rickety, the product of human hands and thereby prone to error, failure, greed, heartbreak…  The chinks in our armor would then appear, allowing the world to pour into the heart and head, unmitigated, scalding…

Man is expendable, myth is not.  Myth is the air we breathe, man is but a bag of bones with an insatiable need to procreate and nothing to gift us bar the dismissively obvious.  Fundamentalists and biblical scholars are wrong when they present evidence for the literal existence of Christ.  Nothing could matter less.  Regardless of who was or wasn’t nailed up, the skin of myth walks amongst us still, used as a shield against a world confused and confusing.  Like a Nirvana T-shirt.  Like a Patti Smith song.  Like a Coltrane record.  Like the fiction of Paris in 1920.  Like the fiction of San Francisco in 1966.  Like the fiction of Dunedin in 1987.  Like the fiction of Los Angeles in 2012…

Human Resources is pleased to present Touching Them Touching You – A Love Song for the Dead C, a solo show by Helga Fassonaki from March 24th through April 22nd with an opening reception on March 24th from 7pm-10pm.  The show closes the weekend of April 20th to the 22nd with Trapdoor Fucking Exit, a performance series, featuring the live performances by Fassonaki and other artists influenced by the legendary New Zealand underground rock band, the Dead C.

Fassonaki’s installation will transform the upstairs exhibition space of Human Resources into a simulacrum of post-punk 1980’s Dunedin, more specifically the Empire Tavern, where the first appearances of the Dead C shook ground. This show is the first in a multimedia and performance series in which Fassonaki situates herself in the position of a Hagiographer, visually depicting the lives of her musical gods – their culture and world that she has incorporated into her own, often through rose tinted glasses.  Through the use of sound, assemblage, performance, photos, and video, she explores her relation to the Dead C, as fan, artist, and musician. In painting her idols in an unfailingly positive light, these hagiographic portrayals also reveal how mass glorification can hide the real facts, truths, and dark areas of a culture. But this is a glorification that also leads to a pulsating energy from within, and an urge to destroy in order to create anew. 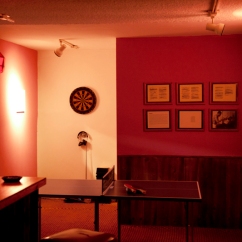 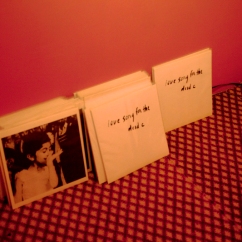 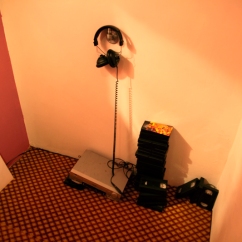 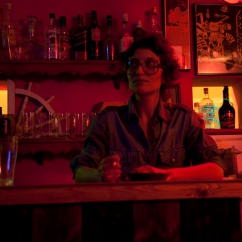 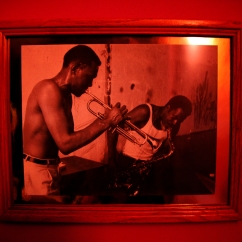 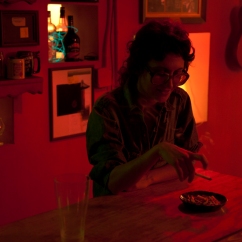 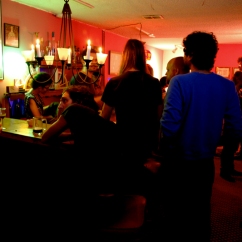 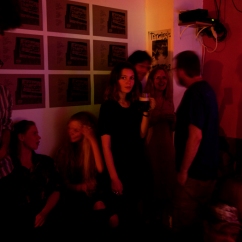 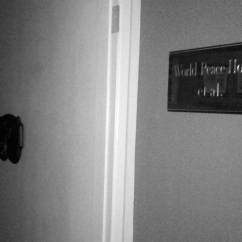 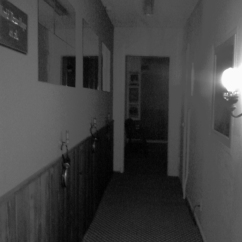